Many conditions can affect women that may make them consider the benefits of a hysterectomy. A hysterectomy is a surgical procedure that removes at least part of the uterus. Other times, it may remove all of the uterus, cervix, ovaries, and part of the vagina, depending on the severity of the condition being addressed. However, many patients who come to Dr. Gandhi of Partners in Pelvic Health North Shore Urogynecology want to address problems while preserving the uterus. 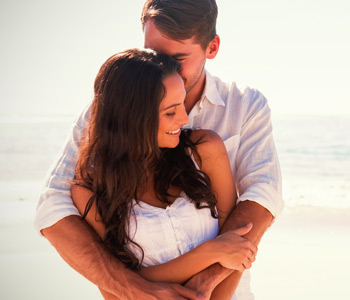 The preservation of the uterus is necessary primarily for childbearing. When a patient has a hysterectomy, she is unable to give birth to children. This can make uterine preservation extremely important, especially for patients who have not yet been able to bear children but are struggling with conditions such as urinary incontinence, abnormal bleeding, cancer of the uterus or cervix, or pelvic organ prolapse.

Many women who visit Dr. Gandhi of Partners in Pelvic Health North Shore Urogynecology are still of childbearing age and feel that uterine preservation is extremely important to them. When a condition occurs that requires treatment, non-surgical options are always the first to be considered. However, when all else fails and a patient is unable to find relief from their problem, treatments such as hysterectomies may need to be strongly considered.

Dr. Gandhi strives to provide treatments that preserve the uterus and maintain a woman’s ability to bear children. However, situations arise that may require that the uterus be removed (such as cancer); many patients have to make difficult decisions regarding their health. Hysterectomies are a last resort, but at times may be necessary for the overall health and well-being of a patient.

Uterine preservation is the primary goal of everything Dr. Gandhi and his team does. Non-surgical, non-invasive methods of treating problems such as pelvic organ prolapse and incontinence are always the first treatments attempted before considering alternatives.

If you are interested in learning more about treatments that emphasize uterine preservation, contact the team at Partners in Pelvic Health North Shore Urogynecology today to schedule an appointment at one of the three convenient office locations. 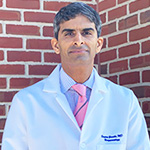 Our team is headed by Sanjay Gandhi, MD, Urogynecologist. Dr. Gandhi’s specialized education included a residency in gynecology and obstetrics at Northwestern University and a three-year urogynecology fellowship. He is among a few in the country to pass the first examination in Female Pelvic Medicine and Reconstructive Surgery (Urogynecology) of The American Board of Obstetrics and Gynecology. He also teaches healthcare students.

Call our office now to schedule your next appointment.